Saud Anwar is taking on the novel coronavirus on multiple fronts: as a Connecticut resident, a state senator, and first and foremost, he says, as a doctor.

“I am just a doctor, who happens to be in [the] public and policy arena,” Dr Anwar, a pulmonary specialist in the United States, told Al Jazeera. “I’m not a policymaker who’s a doctor. It’s the other way around.”

The American doctor of Pakistani heritage says he feels blessed to be in a position to serve as the world contends with the novel coronavirus, which has infected more than two million and killed at least 133,000 worldwide.

Anwar has won the praises of his community and other medical professionals for his multipronged efforts, including helping develop a ventilator device that makes it possible for seven patients to be treated at once.

While most people who contract the novel coronavirus do not need a ventilator, for those who do, the machine, which helps people breathe, can be lifesaving. As the number of cases in the US – which now tops 619,000 – began to surge, governors from New York to California scrambled to amass their ventilator stockpiles, warning shortages could cause more deaths.

That is when the idea for the ventilator device came about. Kevin Dyer of InterPRO, a 3D printing and manufacturing company based in Connecticut, used his network to reach out to Dr Anwar and engineer Robert Conley, who owns Interactive Cad Solutions, about what could be done. 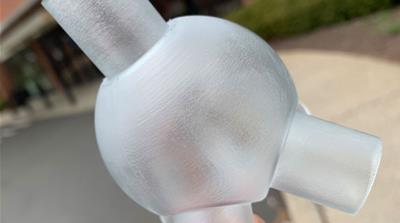 The team developed a “simple” splitter device that can be used on a ventilator to create “multiple branches” so that several patients can be hooked up to the machine at once, Dyer told Al Jazeera.

Anwar shared information about the ventilator device on his Facebook page, including a video demonstrating how the part works.

The team also made the design information available for anyone to download. The reaction was almost immediate.

“There was a lot of enthusiasm” since it was “made available as a downloadable, shareable file that anyone could print,” Dyer said.

According to Dyer, the design had been downloaded about 1,000 times in more than 100 countries, including Zimbabwe and South Africa as of last week.

“Our hope is that somewhere in the world, as this crisis continues to unfold, that this design will be able to help someone, somewhere who doesn’t have the access to all of the technology that we have in the US,” Dyer said.

While Anwar has not had to use the device in Connecticut, he said that should the need arise and should it pass bureaucratic hurdles for use, he could.

In the meantime, however, he continues his work in both the medical and policy arenas. 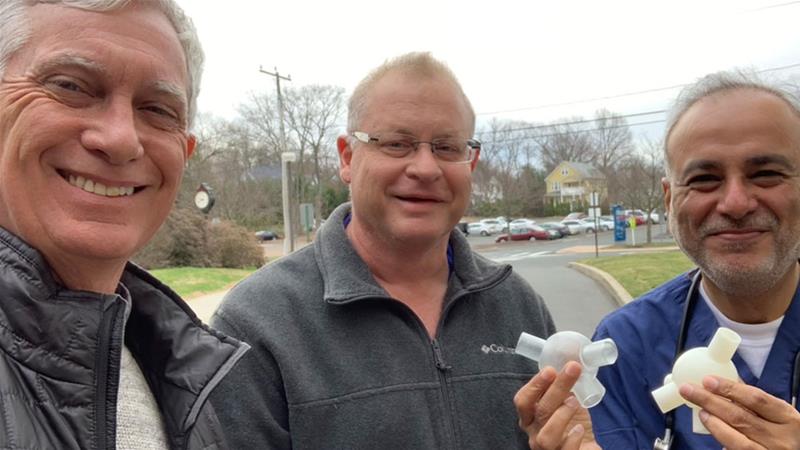 “How do you manage these patients? What can be done? So I’m helping educate the people at various levels about strategies to manage the disease as we learn more about it,” he added. “Everybody is doing their part and I’m doing my little part to hopefully share my experience and in my effort and my passion to help people and fight for every single person to take it to the next level.”